One of the coolest projects I worked on during my 3 years at Google was Google Expeditions, a virtual reality app that allows teachers to lead students on immersive virtual field trips around the world. I especially enjoyed working on the app’s field trip selector screen, which renders a SurfaceView behind a beautifully designed card-based layout that allows the user to quickly switch between different VR experiences.

It’s been awhile since I’ve written Android code (I’ve spent a majority of the past year building Android developer tools like Shape Shifter and avocado), so the other day I challenged myself to rewrite parts of the screen as an exercise. Figure 1 shows a side-by-side comparison of Google Expeditions’ field trip selector screen and the resulting sample app I wrote (available on GitHub and Google Play).

Figure 1 - A side-by-side comparison of the Google Expeditions' Android app vs. the sample app I wrote for this blog post.

As I was working through the code, I was reminded of some of the challenges I faced with Android’s nested scrolling APIs when I first wrote the screen a couple of years ago. Introduced in API 21, the nested scrolling APIs make it possible for a scrollable parent view to contain scrollable children views, enabling us to create the scrolling gestures that Material Design formalizes on its scrolling techniques patterns page. Figure 2 shows a common use case of these APIs involving a parent CoordinatorLayout and a child NestedScrollView. Without nested scrolling, the NestedScrollView scrolls independently of its surroundings. Once enabled, however, the CoordinatorLayout and NestedScrollView take turns intercepting and consuming the scroll, creating a ‘collapsing toolbar’ effect that looks more natural. 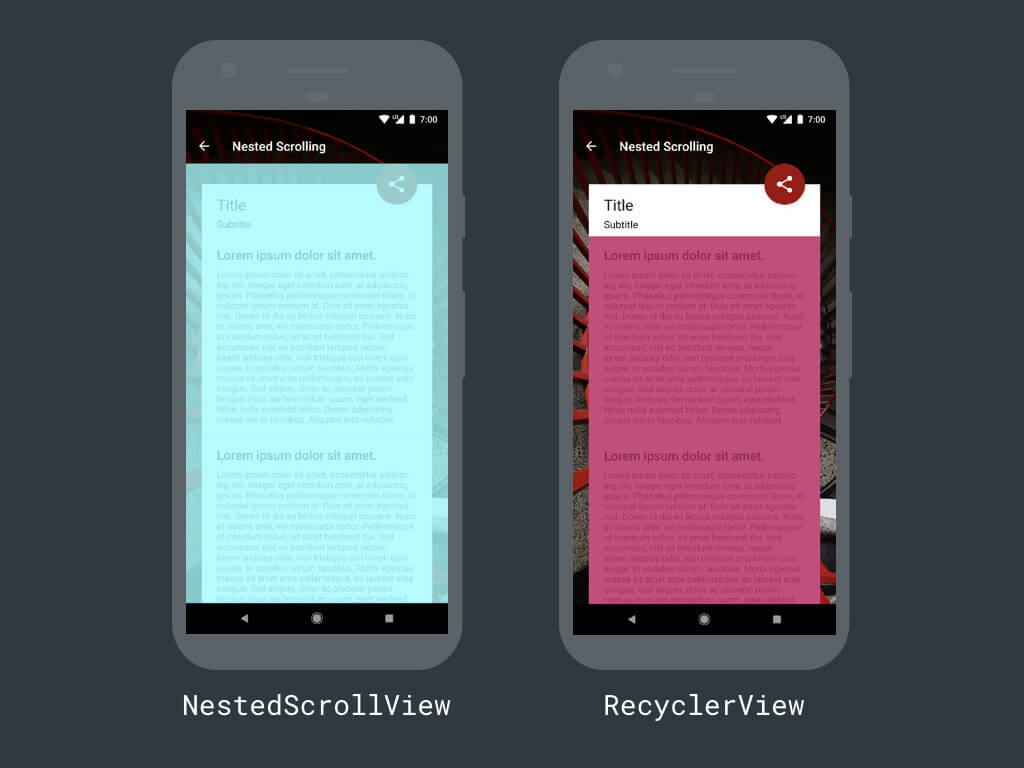 Figure 3 - The sample app consists of a parent NestedScrollView and a child RecyclerView.

Let’s say the user attempts to scroll the RV above. Without nested scrolling, the RV will immediately consume the scroll event, resulting in the undesirable behavior we saw in Figure 2. What we really want is to create the illusion that the two views are scrolling together as a single unit. More specifically:1

As you might expect, the nested scrolling APIs provide a way for the NSV and RV to communicate with each other throughout the duration of the scroll, so that each view can confidently determine who should consume each scroll event. This becomes clear when you consider the sequence of events that takes place when the user drags their finger on top of the RV:

Unfortunately, simply using a NSV and RV was not enough to get the scrolling behavior I wanted. Figure 4 shows the two problematic bugs that I needed to fix. The cause of both problems is that the RV is consuming scroll and fling events when it shouldn’t be. On the left, the RV should not begin scrolling until the card has reached the top of the screen. On the right, flinging the RV downwards should collapse the card in a single smooth motion.

Figure 4 - On the left, the RV should not begin scrolling until the card has reached the top of the screen. On the right, flinging the RV downwards should collapse the card in a single smooth motion.

Fixing these two problems is relatively straightforward now that we understand how the nested scrolling APIs work. All we need to do is create a CustomNestedScrollView class and customize its scrolling behavior by overriding the onNestedPreScroll() and onNestedPreFling() methods:

We’re nearly there! For the perfectionists out there, however, Figure 5 shows one more bug that would be nice to fix. In the video on the left, the fling stops abruptly once the child reaches the top of its content. What we want is for the fling to finish in a single, fluid motion, as shown in the video on the right.

Figure 5 - On the left, the fling stops abruptly once the child reaches the top of its content. On the right, the fling completes in a single, fluid motion.

The crux of the problem is that up until recently, the support library did not provide a way for nested scroll children to transfer leftover nested fling velocity up to a nested scroll parent. I won’t go into too much detail here because Chris Banes has already written a detailed blog post explaining the issue and how it should be fixed.3 But to summarize, all we need to do is update our parent and child views to implement the new-and-improved NestedScrollingParent2 and NestedScrollingChild2 interfaces, which were specifically added to address this problem in v26 of the support library.

That’s all I’ve got for now! Thanks for reading, and don’t forget to leave a comment below if you have any questions!

2 It’s worth noting that nested flings are handled in a very similar fashion. The child detects a fling in its onTouchEvent(ACTION_UP) method and notifies the parent by calling its own dispatchNestedPreFling() and dispatchNestedFling() methods. This triggers calls to the parent’s onNestedPreFling() and onNestedFling() methods and gives the parent an opportunity to react to the fling before and after the child consumes it. ↩

3 I recommend watching the second half of Chris Banes’ Droidcon 2016 talk for more information on this topic as well. ↩

4 If enough people star this bug, maybe this won’t be necessary in the future! :) ↩